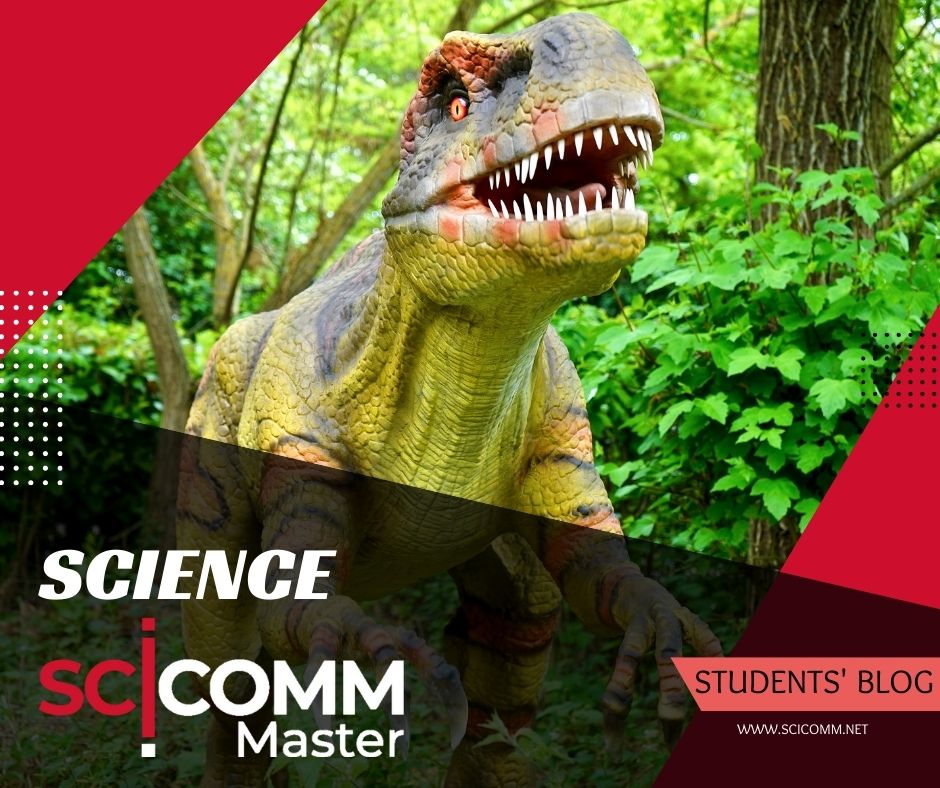 Our victim, a bunch of terrifying lizards best known as the dinosaurs; our detective, a team of scientists.

What seems to be the opening of an extravagant crime novel is indeed a true story taking place at the end of the Cretaceous. Back then, dinosaurs ruled the Earth, pterosaurs ploughed the skies, and long-necked reptiles sailed the oceans. Then something happened, a catastrophe which caused the dinosaurs’ extinction, as well as the demise of over two-thirds of all living species. Several culprits have been proposed, from climate changes to asteroid impacts, in an effort to unmask the murderer — an answer that has long eluded our grasp … until now: after 66 million years, this mystery tale has finally been cracked.

The giants fall: the dinosaurs’ extinction

The first members of the group Dinosauria appeared during the Triassic period, between 240 and 230 million years ago. At the time, these reptiles were neither particularly large nor widespread, but things were about to take an unexpected turn. Toward the end of the Triassic (201 million years ago), great environmental upheavals caused the extinction of many species. The dinosaurs survived such a catastrophe, and finally had the chance to become the dominant terrestrial vertebrates. During the Jurassic and the Cretaceous, they evolved into a myriad of different forms, from the long-necked Brachiosaurus to the fierce Tyrannosaurus. However, the reign of the dinosaurs would not last forever. Sixty-six million years ago, these awesome creatures disappeared along with several other kinds of life forms: this event is known as the K-Pg (Cretaceous-Paleogene) extinction. Among dinosaurs, only birds survived to this day. Since the ’20s, palaeontologists had tried to understand what happened, blaming climate change, eye diseases and even caterpillars. The mystery seemed destined to remain unsolved but then, in 1980, a new theory made its appearance.

Iridium: an alien on the Apennines

Everything started with Walter Alvarez, an American geologist who was studying sedimentary rocks on the Apennines, in Italy. During his research, he repeatedly stumbled upon a sequence of three layers representing the K-Pg boundary. What struck him the most was the total absence of fossils within the central clay layer. Undoubtedly, this was the trace of an extinction event, maybe related to the one which caused the demise of the dinosaurs. Now, our detective wanted to know how quickly this “murder” took place. To answer this question, he sought his father’s help, Nobel Prize physicist Luis Alvarez. After some thought, he came up with an idea: iridium. This element is extremely rare on the planet’s surface but is common in meteoroids and comets which regularly burn through the atmosphere. Therefore, the iridium levels would have told them how much time it had taken to deposit the clay layer. They did not know what was in store for them.

Not only the concentration was very high, but it was also over 30 times what was initially expected. The Alvarezes — joined by chemists Frank Asaro and Helen V. Michel — stood in front of a real geological mystery. Later, the same levels were registered at a Danish site, implying that this was not a local anomaly, but rather a global-scale event. What could possibly be the origin? Perhaps, the answer lay in a study published ten years before. The authors hypothesized that supernovas could significantly alter the global climate, eventually causing mass extinctions. Moreover, exploding stars are known to eject heavy elements, including iridium. That was it. Alvarez had found his “murderer” and the case of the dinosaurs’ death could be considered closed, couldn’t it? Unfortunately, as in the best detective story, the prime suspect had an airtight alibi. Iridium isn’t the only metal produced by supernovas, they also release another, typical, element: plutonium-244. However, the plutonium was nowhere to be found.

The Alvarez hypothesis: death by an asteroid impact

Once again, the four scientists had to start all over again: if not a supernova, who was the real culprit? Then, doubt started to worm its way into their minds. There was another event which could justify the iridium levels: an asteroid (or comet) impact. However, what sort of monster could ever produce such havoc to end the reign of the dinosaurs? After having done some math, Luis Alvarez calculated that a 10 km wide object could do the job. Such a behemoth would have released energy 1000 times that of the famous Krakatoa, raising an immense dust cloud that would mask the sun for months. Without sunlight, plants would rapidly die, followed by herbivores, and then by their predators: a domino effect eventually leading to the disruption of entire ecosystems.

However, they still had to find the asteroid’s “fingerprints”: the crater. Only later, a gigantic ring-shaped structure was brought to light near the Mexican town of Chicxulub. Tests confirmed it was 66 million years old: here was the smoking gun.

This incredible discovery could not chill the heated debate raised by the publication of the so-called “Alvarez hypothesis”. All around the world, researchers had found the same iridium trace, however, not everybody agreed with the impact theory. They did not believe that such an event alone could justify the disappearance of not only the dinosaurs but many other species. Several scientists rather blamed the intense volcanic eruptions which took place at the end of the Cretaceous and caused global climate changes. It was not until 2010 that an international commission was summoned to put an end to this controversy. After having analyzed all the evidence, the “jury” found the Chicxulub impact as the main culprit. The case of the vanishing dinosaurs was finally closed.

The sudden and unexpected end of the dinosaurs cannot but make us reflect on how quickly things may change. These remarkable creatures were not inferior and primitive lizards: they were highly evolved and specialized animals, occupying a wide variety of different ecological niches. However, for some reason, they were not able to survive the catastrophe which overthrew them and let the mammals ascend the throne.

We all owe our existence to that asteroid. In fact, our ancestors did not outclass the dinosaurs, they just replaced them. Now, we cannot but wonder if a similar fate awaits our species. All our technologies, our weapons, our power, would be useless. Scientists calculate that this kind of impact takes place just once in 100 million years, so we would be very unlucky if it happened in the near future. But, should it happen, I wonder who would take our place.