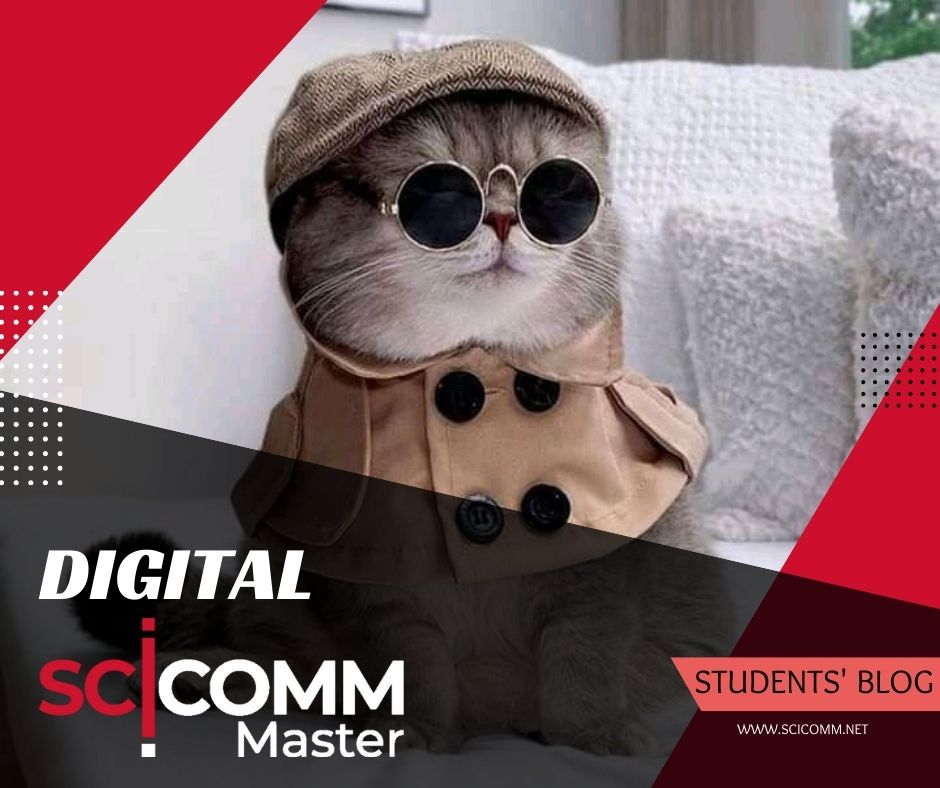 How memes portraying cats and kittens can help science communicators engage with the public and explain ‘boring’ science facts in a fun way.

Overwhelmed by the volume and speed of our lives, we rely on technology to find more time and communicate quickly in inverse proportion to the time we consume: in 140 characters or less.
From the information economy, we have moved on to the attention economy. The value is no longer in the information we give but in people’s attention. This same attention science communication is vying for.

Do you watch cats and their antiques on YouTube? Do you like and share images that contain cute kittens on social media? What about memes with them? You are not the only one! The most popular visual items on the internet belong to these enchanting felines.

So, how have the memes become the mirror of a generation making prestigious universities like MIT, Harvard, and the London School of Economics dedicate so many resources to their study?

Memes are social or cultural ideas that are virally spread via the internet. They are based on things people find funny, like parodies of media, events, and popular culture. The most common and undoubtedly the most popular is the LOLcat.
The LOLcat is an image combining a cat’s photographs with a humorous caption written in “LOLspeak”, or “Kitty Pidgin”, an internet slang that cripples English words. It is such a popular language that Martin Grondin had the idea of ​​translating the Bible into LOLcats.

LOLcat memes have a very specific style: the text is aligned at the top and/or bottom of the image, and the font used is Impact bold, strictly in capital letters, white with black margins.

LOLcat memes may be fun, but don’t underestimate them because they are a powerful visual communication tool. Despite their jovial appearance, memes are a highly sophisticated form of communication. They facilitate the exchange of complex ideas and nuanced meanings with just a handful of words and a simple image while connecting with people in a way that other media doesn’t.

On social media, people love to check out and share memes that look at the lighter side of science. Furthermore, fostering engagement in a traditional setting with Generation Z learners is more and more complex. This is why teachers have started relating academic scientific knowledge and digital resources to better engage students.
Guess what. Teaching with memes has become part of the teachers’ skill set.

This is why at the Master in Communication of Science and Innovation at the University of Trento (SciComm Trento),
Cristina Rigutto has given her students a specific task:

Below are the LOLcat memes that the students have come up with!

Question 1
What is the GISS Global Surface Temperature Analysis?

Question 2
If the record shows unprecedented warming, why isn’t every year the warmest year ever?

Question 3
How does NASA crunch the numbers to analyze global temperatures?

Question 5
What are some indicators and consequences of warming?

It may seem simple, but I can assure you it’s not 😹