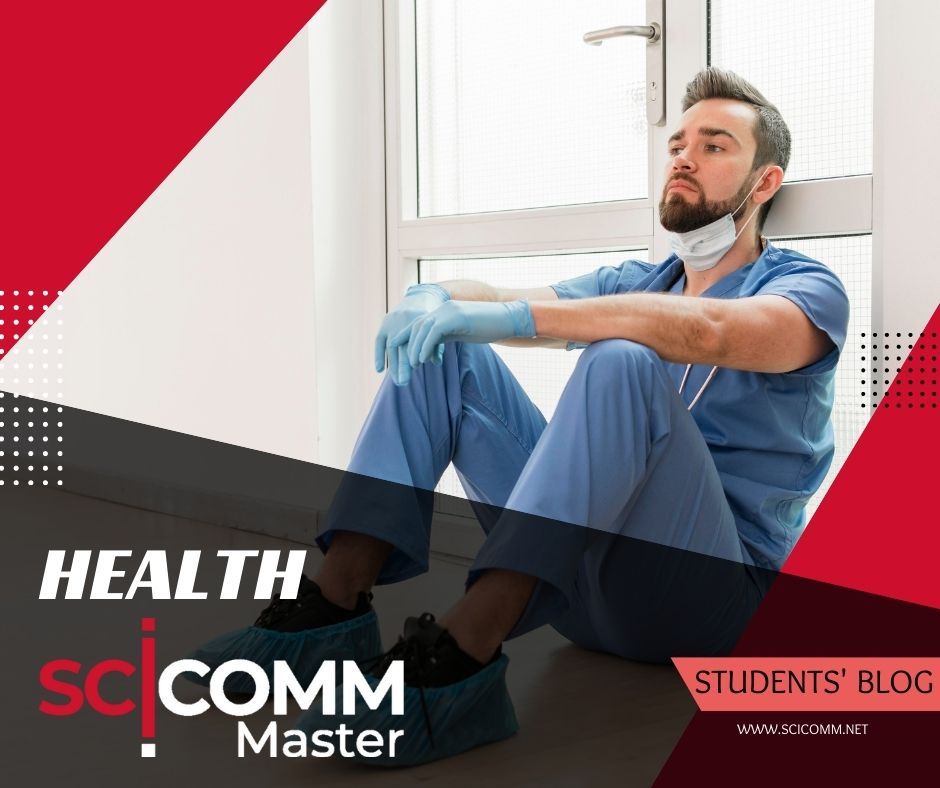 What happens when an unfortunate incident from the past returns to haunt a young doctor?

It had been several years (five to be precise) since Arun had been a practising ophthalmologist at a local city hospital. It was a tiring profession but that was compensated by the immense satisfaction he got by positively contributing to society. His day generally began at 8 am and ended at 8 pm.

During this time, he saw several patients, assisted senior doctors in surgery, took part in meetings regarding upcoming operations and spent time on ongoing research with the neurological department concerning the use of electrical pulses for stimulating optical nerves to obtain a radar-like image of the surroundings that can benefit the visually challenged.

But today was different.

A few months ago, he had been selected to be part of a team of ophthalmologists who would be conducting an operation on a patient suffering from a severe eye problem. He was surprised to know about his inclusion given that he had been given importance over other much-experienced doctors.

Just as Arun was excited, he was also afraid. What if the confidence entrusted upon him does not go as expected? What if the operation is not successful? What if it turns out to be similar to the blunder that occurred a year ago? His thoughts went back to the time when during a critical operation, a minor detail got accidentally overlooked…and it resulted in damaging a nerve connected to the occipital lobe (the part of the brain responsible for vision). This further worsened the patient’s blindness.

The damage, however, was later repaired by a team of neurosurgeons but that led to the dismissal of two ophthalmologists for the negligence. Fortunately, Arun was found not to be responsible and he was allowed to continue his medical practice.

He didn’t want the current operation to become infamous as the previous one. If things went wrong, then he won’t be able to forgive himself…for the entire life.

He had a huge challenge in front of him.

The person who Arun was to operate upon, named Birju, had been suffering from a type of blindness that was caused by an injury at a young age. After several meetings and much discussions with several other doctors, it was agreed that vitrectomy was a suitable procedure.

Few weeks before the operation, both of them had a long conversation about the entire operation. First, the anatomy of a human eye was explained in simple terms and then the operation procedure.

“So, I want you to carefully listen and understand to what I am about to say,” said Arun.

“Now, the operation that we are going to perform is known as vitrectomy. It is generally done to rectify any damages caused to the eyeball,” said Arun.

He continued, “The human eyeball contains a jelly-like fluid known as vitreous humor that acts as a medium for light to pass to the retinal cells that are present at the back of the eye. It is these cells that are responsible for processing light and transmitting it to the brain to obtain visual information.”

“However, if the vitreous humor isn’t clear or is blocked, then several complications can arise ranging from vitreous haemorrhage to even blindness. Therefore, it is essential to clear the vitreous for eyesight to be restored,” concluded Arun.

On hearing this, a strain of worry appeared on Birju’s forehead but he was curious to know more. Knowing that he didn’t have deep medical knowledge, Arun answered all his questions as simply as possible and assured that the procedure was going to be safe.

After thoroughly being satisfied by Arun’s replies, Birju finally decided to undergo the operation.

Today was the day when the operation was to be performed. In the operation room, the patient was lying still upon a bed under the influence of anaesthesia. There was a giant robotic arm on top of him that was generally employed for operating upon hard-to-reach tissues. It was also still right now.

On seeing this, Arun’s thoughts went back to his brother, who was visually challenged as well but refused to have an operation done. He was content with his life and his walking stick, which was designed especially for him. The walking stick had a pair of transmitter and receiver, which emitted short bursts of ultrasonic waves. So, whenever there were any obstructions ahead, the emitted waves would hit them and bounce back. These waves were picked up by the receiver and thus provided an estimate of the distance. In short, it worked just like Sonar.

While in the operation room, Arun noticed that there were two other men who had a brief conversation about something:

Oké, fél óra múlva megkezdjük a műveletet. (Okay, we will begin the operation in half an hour.)

Arun didn’t understand what they spoke, but he knew it was in Hungarian.

When he was selected, it was told that a team of eye surgeons from Hungary would also be operating alongside. While reading a renowned medical journal, Arun got to know that a Hungarian researcher had made a breakthrough discovery involving gene therapy to cure blindness. Five people suffering from retinitis pigmentosa, a form of blindness, were currently undergoing clinical trials. The clinicians were optimistic about the result. Arun too hoped it became successful.

Hoping For The Best

Arun had conducted several successful eye operations before. But whenever a certain nerve had to be operated upon, he always became slightly nervous. This time he had to operate on the very same nerve that was earlier subjected to a mishap. Thousands of questions went on his mind regarding any unfortunate outcome. Putting them aside, he did his best to focus entirely on the task at hand…….

After an intense six hours, the operation was finally completed. Time had gone by so quickly. The expertise of the Hungarian doctors helped in identifying some of the complicated situations. The robotic arm also played a major role in swiftly acting upon those in a highly-precise manner. Arun was grateful for having such assistance, which reassured him of a positive outcome. It was also a wonderful example of what man and machine can achieve when they worked together.

In a few hours, the patient regained consciousness. Everyone hoped that his sight gets restored — even partially. And as expected, the patient reported being able to see again, albeit partially. Arun breathed a huge sigh of relief. He had finally alleviated his fears. Deep down he was happy to know that he will continue to remain as an ophthalmologist.

But more than that, he was ecstatic that he made a huge difference to the life of Birju who had placed his faith on him.

It had been five years since the day of that fateful operation.

Arun was now a senior ophthalmologist, leading a team of doctors in rural India to create awareness about rectifying blindness. Nearly 85% of visually challenged people from all age groups and different parts of the country had been treated at his hospital through vitrectomy — achieving a 90% success rate.

And with the help of gene therapy, Arun had already aimed for reaching 100%.

As for Arun’s brother, who was now captain of a blind sports team, his earlier decision to not undergo an eye operation remained the same. Many times he was persuaded to change his mind but always refused to do so.

Still, Arun would always be ready…whenever his brother decided to go otherwise.

Newer The secrets of ice
Older The only constant is CHANGE