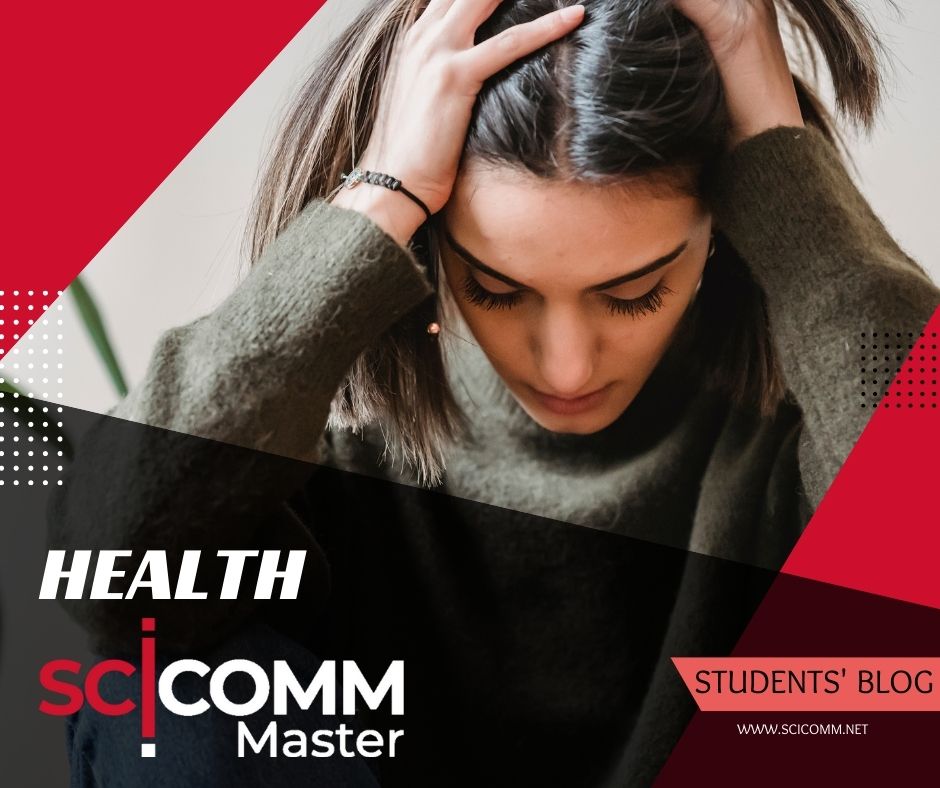 “How could you have done something like that? She was in danger, and you were laughing at her! How would you have felt if you were lying on the floor, harmless, confused, and everyone around hasn’t been caring of you?”

That is my mother yelling at me right now. I feel really angry about it.

I am sorry about what happened to Giorgia, but how could I know about it if anyone has ever explained to me that?

WHAT HAPPENED AT SCHOOL THIS MORNING

Hi, my name is Valentina, I am 16 years old, and my mother is furious because this morning a strange thing happened while I was at school. Giorgia, one of my classmates, fainted. She fell on the floor, and her body started to shake like she was receiving electroshock.

“Ok, she is definitely crazy,” I thought. Luca and Diego were laughing.

“This is only one of the thousand weird things she has done,” I said to them, smiling.

After a few seconds, Giorgia came round. She was a bit confused. The professor helped her to stand up and brought her out.

Ok…I have to admit that it was a bit scary. I have sometimes fainted too, but my body had never shivered in that way. I hadn’t seen anything like that before…There was something wrong..! However, when the professor came back and said something like: “don’t worry, she fainted because she doesn’t feel very well. Her parents will bring her home”.

I started to think about Giorgia. She is a weirdo. She is shy, and she doesn’t like us. We tried more than once to invite her out for dinner or parties, but she never accepted. She always says that she has to rest, that if she doesn’t sleep enough hours, she becomes stressed….We are sixteen, if parties make you stressed and you prefer to sleep, well, you are a bit weird. I don’t like her.

WHY DID MY MUM BECOME FURIOUS WITH ME

After that strange morning, I went home, had lunch, and went upstairs to my room. Luca sent me a video: “Hey Vale, look at this!…I posted it online. It is incredible. I will get a lot of likes”.

In this video, Giorgia was falling on the floor and jerking.

It really isn’t the right content to share online…I thought…but… according to the professor, everything was ok this morning. So, she probably only fainted in a weird way.

After a few minutes, my mother came into my room, she was furious, and she started to yell at me: “You are so irresponsible!” and yes… here we are…In five minutes, the video was viral and reached the parents’ group chat.

“Come on, mum, it is a joke; she will probably laugh too when she sees it”

“Laaaugh??? That was a seizure! Giorgia has epilepsy!”

“Yes, exactly! She was lying on the floor while having a seizure, and you and your classmates were making a video of her while she was harmless and unconscious!!”.

Epilepsy? Seizures? Suddenly my mother’s words become confused in my mind. I immediately search for them: Seizures are bursts of electrical activity in the brain that temporarily affect how it works….”. Wow, that sounds very serious… I must text Luca.

“Ehi, have you heard about Giorgia’s epilepsy?”

“But … why has nobody ever told us about her story?”

“But..maybe she is so weird because she had never felt comfortable enough with us to share her story…this is terrible…we are such horrible classmates.”

“Come on, Vale, she is ‘Scary Giorgia’; you gave her that nickname!”

“Yes, I know it, but I didn’t know about epilepsy, about what she is facing..she is so brave!!”.

I lock my phone. I have to do something to solve this situation.

MY MOTHER EXPLAINED TO ME WHAT EPILEPSY IS

The easiest thing to do would be to ask my mother. She is a physician.

“I will talk to you only after you’ll apologize to Giorgia. I can’t believe you have done something like that”.

“You are right. I am so sorry, but I need to understand something more about epilepsy…anyone of you has never told me about this! So now please, I need to know…”.

“Ok ok…take a breath and come here……I’ll try to explain what has happened into Giorgia’s brain this morning…you have to imagine that the cells of the brain, the neurons, are like people in a big room. For example, you may find a group of people (the neurons of a certain area of your brain) having a conversation about their favorite music while others about their favorite food. Suddenly, all the people in the room become distracted, they stop their normal conversation and without a reason they decide to scream, all together, like fans at a sports game. At this moment you are having a seizure: the neurons’ activity, indeed, is too high that an electric storm hits your brain and you lose consciousness”.

“Oh..…so is this the reason why Giorgia fell?”

Yes..exactly..she had a seizure…a tonic-clonic seizure. When it happens, you fall without prior notice, wherever you are. If you are at home, walking on the street, or at school, your brain could have a blackout without warning, your muscles become rigid, and your body starts to jerk. However, it is fast. It generally lasts from 30 seconds to 2 minutes, and then you come round, as when you fainted..it might only be that you feel a bit confused when you wake up.”

“But mum, how is it possible that she had never had a seizure since I knew her??”

“Well, her mother has told me that she was taking medicines. To date, research has made a lot of progress..there are medicines and different types of treatments that can help you to control seizures. Now her doctors will try to use another medicine or evaluate a new treatment to control her symptoms, such as surgery. If her seizures are generated in a specific area of her brain, indeed, surgeons can intervene to remove it.”

“Oh ok ….now it is clearer…However, I don’t understand why she never told us about this!!!”

“Ah, you don’t understand??? She probably felt ashamed to say that she has epilepsy or to have a seizure in class considering the type of classmates she has…you always distanced yourselves instead of trying to understand her!”

“But how could we know all these things if anyone of you have never talked about epilepsy with us???..

…However, I understand what you are saying: feeling misunderstood, being seen as crazy or weird, is scarier than an electric storm in the brain…we have been so stupid with that video”.

I apologized to Giorgia, she forgave me, and now we know each other better. I could also say that we became friends. I explained to her that I thought she didn’t like spending her time with us, but now I know….she couldn’t do many things due to epilepsy: she can’t travel alone, or she can’t swim alone. Going out at night is difficult for her because she has to take drugs at fixed hours, and she can’t lose sleep because stress can trigger a seizure. However, if she is with a friend who knows what epilepsy is and what to do in case of a seizure, she could cope with all of these things!!

I had to ask her earlier why she was behaving so weird!!

“Ehi Giò, can you give me the red pen, please”

yes, now we are also sitting next to each other at school!

Suddenly, I hear a thud.

I turn my head, and I see her on the floor. She is having a seizure. While the professor is going out of the classroom to ask for help, I take off my sweater, I put it under her head, and I scream: “Ehi Luca, keep the time and tell us how long does it take”.

Don’t worry Giò, you are not alone, anymore.