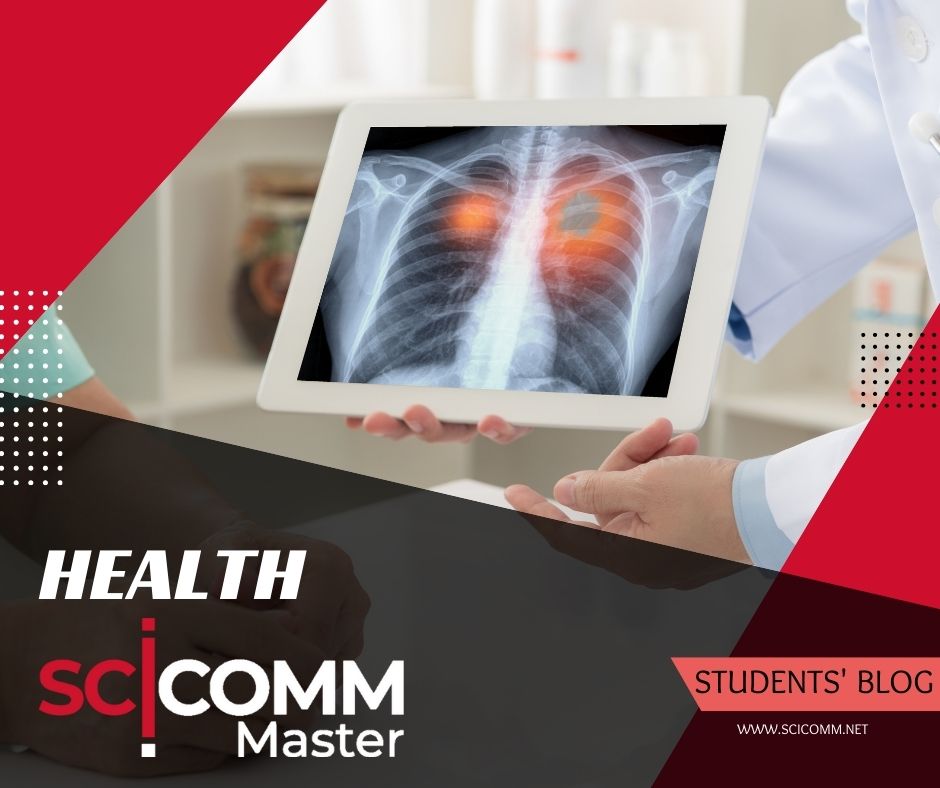 I was raised as an only child, at the heart of a big city. My parents wanted me to be an engineer so I became an environmental engineer. I spent the last seven years of my life working for a construction company that made the biggest highways in my country. I was doing great until my father got sick.
He was 57 years old and he passed 30 years driving his taxi all over the city. One day he picked me up at the office and asked me to have dinner with them.

Daddy was not looking well, I saw him coughing and stressed so I had a bad feeling. In the middle of the evening, daddy tells us that he was seeing the doctor because of the coughing and chest pain and he confirmed a terrible diagnosis: Lung cancer.

When I listened to my daddy telling us the bad news I was confused, so I ask him: “Daddy but you had never smoked, you have a healthy life, you worked out in the park all evening, so why you?”

My mother was crying so I stopped asking questions and I hugged them.
He stopped driving his taxi and both of them moved to live in my apartment because it was in the suburbs.

DOCTOR PAULA’S EXPLAINED TO ME WHAT LUNG CANCER IS

After the diagnosis, my father struggled for six months. He was always coughing, it was difficult for him to breathe and he passed the three last months connected to an oxygen pipe. Finally, he died at home. My mom and I were devastated, so doctor Paula explained to us why my father developed cancer, to try to make us feel better.

Lucio was one of the 4.2 million deaths globally linked to air pollution. He was very exposed for several years to particle pollution, that is a mix of tiny solid and liquid particles in the air that he breathed while driving his taxi. These particles have different components, such as acids, organic chemicals, metals, soil and dust particles.
It can be emitted from wood stoves, forest fires, vehicles and other sources, and it can also come from other types of pollution like industrial plants. These particles are a tiny fraction of the diameter of a human hair, and much smaller than a grain of sand.
The little particles are the most dangerous because they get trapped deep into the lungs and get into the bloodstream, causing damage to our health.
Instead, the bigger particles could irritate your eyes, nose and throat, but our natural defences help us to cough or sneeze them out of our bodies.
Lucio was a very brave man and he struggled until the last minute. He loved you both. The last month he was suffering, so you can be released because finally he is out of pain and resting in peace.

The explanation of doctor Paula, made me reconsider my role as the environmental head in the company, so the days after my fathers’ death I started to be obsessed about reducing the impact of asphalt and highway’s construction in the pollution of the city. I thought that no one else should lose a family member because of pollution.

Then I developed a plan to lead a transformation for improving materials and designs of the highways. I made an appointment with Francisco, the director of the company, to expose the project.

“Hi Francisco, I have been working here for seven years and honestly I think that we are doing exactly the same things that we did by then. I think that our highways privilege the use of cars but we are not building paths to other modes of transportation such as bikes or electric scooters.
I just lost my father because of pollution and I don’t want anybody else dying because of it.”

I exposed a report about the consequences of cars, asphalt plants, deforestation, smog in the rise of diseases. I talked about the atmosphere, the gases, the sources of pollution and their impact on kids, pregnant women and elderly people. I talked about recycling concrete pavements and about reducing the emissions of the asphalt plant.

When I finished my presentation, he replied:
“Alice, I understand what you are talking about, but this is not a corporation that works for protecting the animals or for being eco-friendly, we are a construction company. I really don’t have time for this issue. I am very sorry about your father. Can you please return to work?”

“Yes, I can not work in a company that can not see beyond its own interests and is not open to new ideas, I quit!”

After quitting I felt very confused and terrified to be unemployed and can not support my mother in these difficult times.

BEING A YOUTUBER ENVIRONMENTAL ADVOCATE DOESN’T PAY THE BILLS

I went to sleep and the next day when I woke up I had an idea, I would create a Youtube channel and explain throughout it the damage that the pollution made to our health and how everybody can contribute reducing pollution.

The very next day I opened my channel. The first video was about my experience, then I explained how lung cancer is caused, later I interviewed scientists and doctors. I talked with the lung cancer patient association and suddenly I was very involved in the issue.

I was not planning to make a living with the Youtube channel, because I know it is hard to go viral and get paid. I was just looking for answers and maybe being recognized as an expert in the issue and doing consultancies and conferences. But it was taking so long.

A CHINESE ARTIST, AN OLD HOUSE, AND A NEW JOB

My plans changed after I met a Chinese artist called Brother Nut. I was doing a series of interviews with artists who work with environmental topics. The work of Brother Nut shocked me because he was making a point and people were listening to him. He was recognized because he vacuumed the air of Beijing, sucking up the dust and microscopic particles to transform it into a brick. This conversation made me feel that I was not getting the impact that I wanted and I had the craziest idea: turn my parent’s house into a museum.

It was an old house in the centre of the city and it was the last one that preserved a yard. The museum would be specialized in sustainable cities and in improving air quality.

I received support from foundations and the lung cancer patient association.

It took me four months to transform the house. The museum starts with three rooms. The first one shows artificial lungs and how they change when they are exposed to PM 2.5. The second one exposes the brick made of pollution. And the third one was dedicated to exploring how to change our ways of transportation and build sustainable cities.

When I finally opened it I felt that for the first time in my life I was applying what I learnt to do something that was worthy. I named the museum with my fathers’ name “Lucio Arango, environmental city museum”.

Now I work managing the museum. My days had changed a lot since I was working for the company. I really enjoy taking care of the air and our own health.