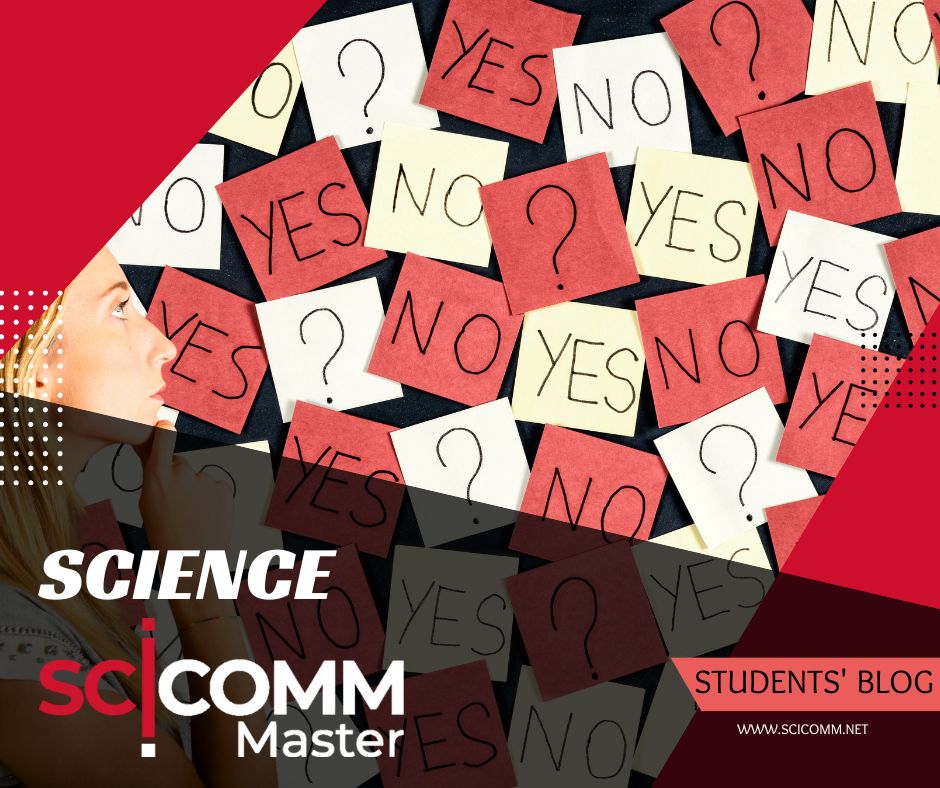 Suppose you have a weight scale, and you have a set of five 100g weight to measure. The first measure gives you the result of 100g. Would you define this measure precise? Accurate? or both?

These questions are a pretext to show you two things.

The first one involves the problem encountered when we use words in everyday language that means something slightly different, or another thing entirely, in a scientific context. I would bet almost everyone would use “accurate” and “precise” as synonyms.

Unfortunately, as it often happens, science has its own words.

We can say our first weight scale experiment gave an accurate measure because the measured value measurement was identical to the real one (or at least, as close as possible). The second experiment tells us our weight scale is also precise: it means that repeated sets of measurements of the same quantity show the same results (or at least, the values are as close as possible to one another).

Now, how would you define our weight scale if, after five measurements, it always yielded a value of 98,88g? It would be really precise, but not accurate.

Now the difference is clear. In the world of experimental science and its procedure, given a set of measurements, that set can be said:

The following graph can help you visualize the difference.

Here the set is very accurate AND precise: all my measurements are very close to each other and to the real value.

Here the set is very precise but NOT accurate: measurement values are really close to each other, but they are quite far from the real value.

Here the set is accurate, since all the measurements fall quite close to the real value, but not so precise since there is quite a lot of variability

Lastly, this is totally messed up: measurements really differ from each other and they do not get close to the real value.

Accuracy and precision are two concepts related to a third fundamental and misunderstood keyword of science: error. And this is the second point worth being deepened.

Many people would expect scientific experiments to deliver certain and unquestionable data. The reality is that every experiment must face the inevitable influence of Her Holy Majesty: statistics. Even when laboratory instruments, sensors or machinery (like our weight scale) are perfectly tuned and accurate, single repeated measurements and observations of an experiment’s results are slightly different from one another.

In statistics, and by extension in experimental sciences, “error” does not mean “mistake”. It involves variability in the results and has much more to do with the concept of “uncertainty”. Which is definitely something we would not associate with science.

In fact, this uncertainty is inherent in nature. Even the most careful and scientific enquiry cannot rely on a single exact measurement. Scientifically accepted values are always the best possible approximations. To be sure these values are as close as possible to the actual reality of nature, scientists perform numerous experiments and make several observations so that the statistical average of the results is reliable. But they know there will always be an “error” to take into account in their data, however small it may be.

Because of this error, scientific measurements are not single values. They are reported as ranges around that value, represented with error bars in a graph or ± sign for numerical figures.

Unfortunately, this uncertainty rarely comes out when science is communicated to the public and finds her way on the newspaper’s headlines. Which can lead to misinterpretations and a distorted image of science workings.

In science, “truth” does not mean “certainty”

How do we reconcile the fact that this knowledge may be true and at the same time fallible and uncertain? In fact, these two qualities can indeed coexist.

The concept of truth is apparently simple, but it has been central to philosophical debate for over 3000 years. Here you may find a more thorough discussion about the topic. To be short, for our purpose, we should remember that science is not a search for truth. It does try to build knowledge of how the world works. And in this endeavour, it produces theories that can be considered “true” (depending on how consistently they describe nature) and yet may still be later disproved by newer data.

The more accurately that theory describes a piece of Nature as it stands the proof of time and the emergence of new evidence, the more it can be considered a good way to interpret reality and foresee certain phenomena. Until a new, better and more complete explanation is found.

No experimental measurement is safe from intrinsic error. And no scientific explanation will ever be 100% certainly true by its very nature. But we can be more and more confident in a consistent part of the knowledge body produced by science as positive evidence continues to build up.