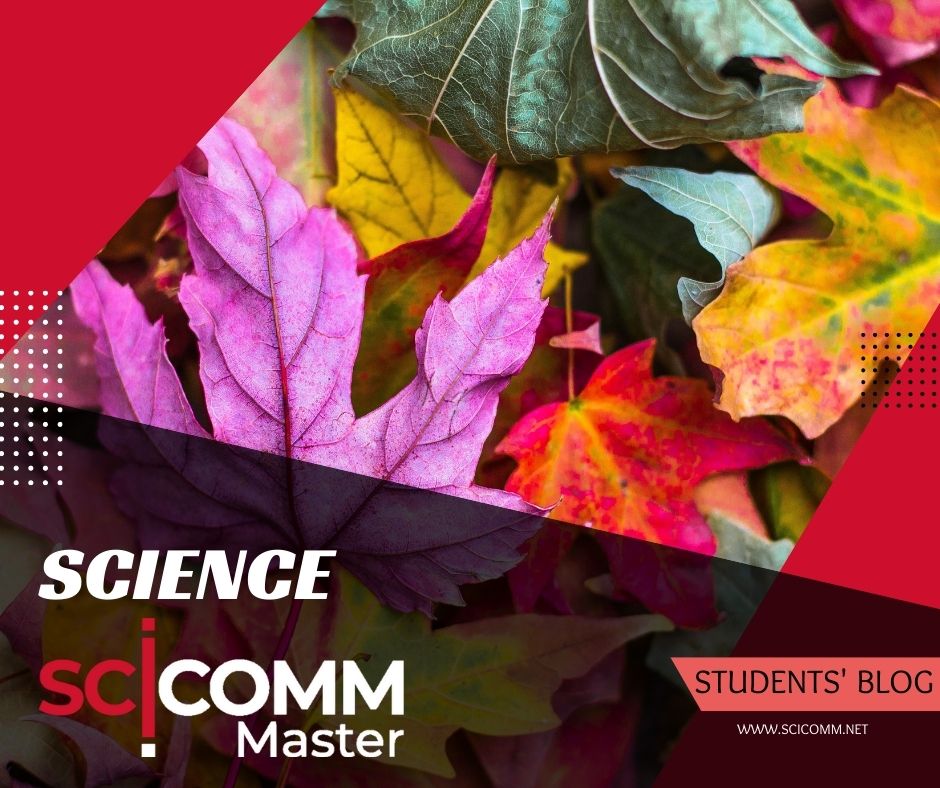 As a person that lived most of his life in the tropic, I have never experienced seasons. For all of you in the temperate regions, this may sound as common as breathing. But try to think for a second what living without seasons could feel like. No noticeable changes in day length along the year, the sun basically rises at around 6 am and sets at around 6 pm for the totality of the 365 days. Yes, we do have dry and rainy seasons though, but the temperature remains relatively constant during the whole year. At least you don’t need so many different kinds of outfits.

When I arrived in Germany, it was just the end of summer, and it was crazy how fast it went from really hot to freezing cold. I mean, where was the transition? I was expecting a progressive decrease in temperature, but no! Cold came like a fastball. But something was even more fascinating: the upcoming drastic change in the landscape. The leaves started to change colours, patches of yellow, red, orange, and brown in the mountains. A beautiful delight for the eyes. The colours of fall. The whole landscape changed, and to a similar degree, it changed me as well.

After the contemplating and amazement stage passed, I rapidly switched to the curious, scientific, geeky one, and started wondering while trying to remember my plant physiology courses: what on Jupiter is going on there? So many questions to answer: Why do trees’ leaves fall? Why do they change colour? Where do those colours come from?

The “eyes” of plant

First of all, I thought that before looking into what changes the trees were experiencing and how they worked, it was even more interesting to think about how they detect these changes. Could it be the temperature, perhaps? Well, this hypothesis seemed very tempting, but then I remembered how crazily fluctuating the temperature was in September/October, some days over 15 °C, some others suddenly below 10 °C… So it couldn’t be that. After going back to my university textbooks, and my usual research process, I stumbled upon this awesome mechanism that plants have in order to keep track of the sun. A delightful reminder of why I love science.

Phytochromes! These proteins are sensitive to light, that’s why they are called photoreceptors (Photo means light). This means that if exposed to the right wavelength of light, these proteins will experience some change in their structure which could then induce some chemical response, and maybe start or block the expression of some genes! Basically, they allow the plant to sense when is day and when is night and therefore being able to determine the length of daylight, ergo which season! Awesome, right?

Phytochromes come in two flavours: Pr (inactivated) and Pfr (activated), and here is when it becomes fascinating, in the presence of sunlight Pr gets activated and turns into Pfr, which triggers many physiological responses in plants like growth, flowering, germination and many others. It is basically the plant equivalent of eyes. Because what is really the difference between their “sight” and ours? Fundamentally they are both the same thing, just that the receptors in our retinas send messages to the brain, which it decodes into “images”, but it is conceptually the same:

It even allows some plants to figure out if they are being shaded by other bigger plants, and if so start elongating in order to beat them for the pure, unfiltered, more energetic direct sunlight.

So as we get closer and closer to winter, the length of the day becomes shorter and shorter until the solstice of December (the shortest day for the Northern Hemisphere / the longest for the Southern), this is perceived by the phytochromes and triggers a series of physiological mechanisms and responses, or in simple terms: alerts the plant that they have to prepare for the cold or die. And how do they prepare? How can you withstand the freezing winter when you don’t have the legs to run for shelter?

Similar to how some animals hibernate, some plants can also gather all the resources they have and store them in safe places, while reducing their bodily (“plantly”?) functions to a minimum, in other words, entering a dormancy state. That’s exactly the mechanism that phytochromes trigger in plants when approaching winter.

If you think about it, it is very smart, because your leaves would have died anyway due to the cold, so you might as well just suck up all the resources from them while you still can, and save them for spring when conditions are better, so you have enough resources to rapidly grow leaves again, or like many trees, bloom first.

Phytochromes allow the plants to “sense” the seasons, and when reaching winter, trigger a series of mechanisms to stop growth, and start to leave absorption and abortion, through several hormones. The nutrients in the leaves start to degrade, starting with chlorophyll. This is the green pigment that gives plants their green colour and the main responsible for photosynthesis, the process by which plants transform the energy from the sun and CO₂ from the atmosphere into sugars. So as this pigment is progressively been degraded, it exposes other pigments, present in the leaves but in lower quantities, that becomes then more and more apparent like xanthophylls (yellow), carotenes (orange, beta-carotene being the most common and responsible for the colour of carrots), and anthocyanins (red). That is the reason why we see those beautiful colours during fall.

Meanwhile, while the forest is transforming into a wonderful colourful canvas, at the base of every leaf, an abscission layer is being formed. Abscission is the botanical term for the loss of leaves during fall. This layer progressively cuts down the leaf while sealing the hole to prevent frost. And it does this by producing lignin, which is the main component of wood and bark. Indeed, the bark is essential to insulate the more sensitive living interior tissues from freezing temperatures.