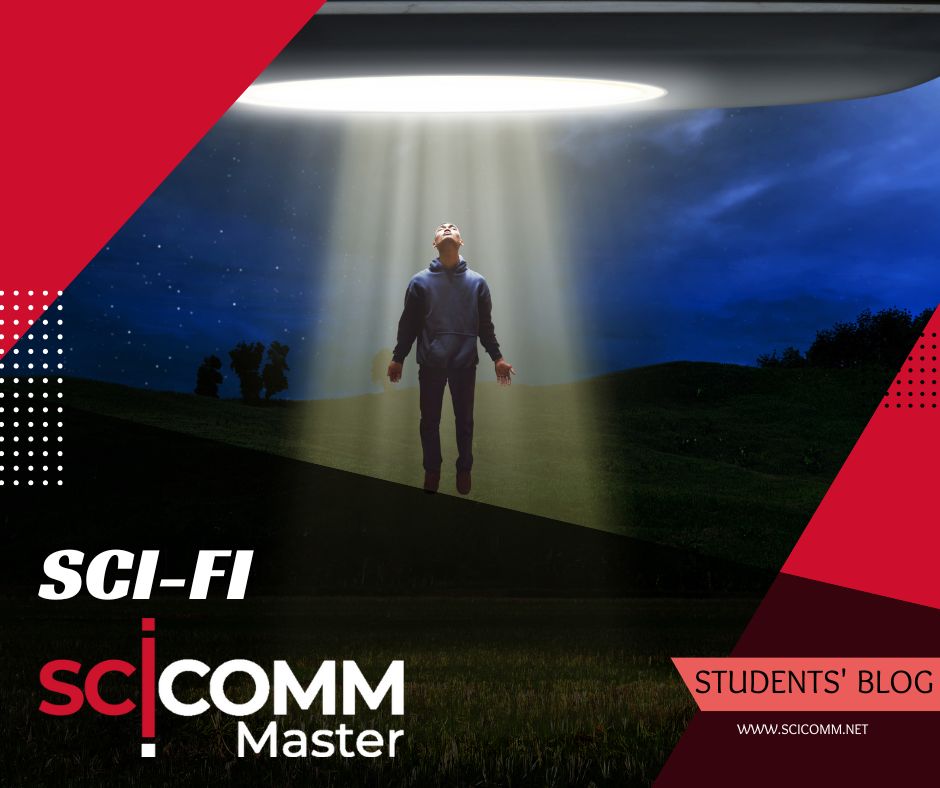 How the collaboration between scientists and the entertainment industry turned into a profit for both parties — and gave us great sci-fi stories along the way.

As it turns out, world-renowned physicist Michio Kaku was not introduced to science by boring schoolbooks. Instead, several reruns of Flash Gordon did the job, building in him the foundations for a lifelong passion for physics.

As he illustrates in the opening chapter of his book Physics of the Impossible, he was hardly the first future scientist inspired by pulpy sci-fi: for astronomer Edwin Hubble it was the books of Jules Verne, while Carl Sagan — later a science fiction writer in his own right — found his motivation in the adventures of John Carter of Mars.

Indeed, the aesthetic and the technological advancement portrayed in movies and books are often the direct representation of a culture’s zeitgeist. However, not much has been said about how the entertainment industry and actual science have directly helped one another in the last two centuries.

When Art Influences the Lab

One of the earliest examples of this relationship is perhaps the genesis of nuclear weapons. As put by Robert J. Oppenheimer himself in 1951, much of the achievements made at the Los Alamos laboratories during the war were simply the result of the practical applications of discoveries already made by European scientists years before. He described it as “[the] frantic and ruthless exploitation of the known; […] [rather than] the sober, modest attempt to penetrate the unknown.”

One of these scientists was Leó Szilárd. In 1934 he patented the idea of a nuclear chain reaction via neutrons after he realized this principle in a rather bizarre way — observing the traffic lights in London’s Russell Square turn green. However, the idea for a potential weaponization of this very principle came to his mind after reading H.G. Wells’ The World Set Free.

In turn, Wells’ imagination had been influenced by the work of physicists like Ramsay, Rutherford, and Soddy. This mutual influence — whether it was intentional or not — marked the beginning of a relationship that became even more profound in post-war times.

The Beginning of a Working Relationship

After the Second World War, science fiction gained further popularity through b-movies and comic books as the new pop culture phenomenon of the atomic age. But by the late 1960s, films like Stanley Kubrick’s 2001: A Space Odyssey or Robert Wise’s The Andromeda Strain were already raising the bar on scientific credibility in sci-fi stories.

A new trend of realism started to appear in Hollywood. Experts were brought on board during the movie pre-production as consultants to make the stories more believable. But as filmmakers demanded expertise for their screenplays, scientists started to see in this partnership a possible way to reach a broader audience.

A clear example of the full potential of this collaboration is perhaps the story of the first permanent artificial heart implantation on a living patient. Although the operation took place in December of 1982, a similar medical procedure had already been portrayed fifteen months before in the movie Threshold by Richard Pearce.

This was by no means something that had happened by chance: two of the movie science advisors were Denton Cooley and Robert Jarvik, who had a significant role in the real-life implantation.

More importantly, Jarvik was the actual inventor of the artificial heart used in the operation of ’82 and had decided to participate in the production in the hope to give the public a more positive outlook on this new medical technology — in a time of general criticism towards medicine and transplantations.

As noted by Professor David Kirby from Manchester University, scientists at the time needed to convince the public of the necessity for this technology, but they also had to sell the idea of the normalcy of future patients subjected to the procedure.

As eloquently put by one of the doctors in the movie — played by no one less than a very young Jeff Goldblum, everyone’s favourite movie scientist — “When the pacemaker was introduced, it created a furor. People said it was unnatural. That it was better to let the sick die in peace. Now it is considered an everyday affair. No one questions its use.”

The case of Threshold is remarkable in its rather aware contingency of interests between science and the movie industry and probably set an important precedent. In the following years, similar collaborations have multiplied, following the trends of popularity in the academic culture.

Are Scientifically Accurate Blockbusters Worth a Nobel?

In 1993, Steven Spielberg’s Jurassic Park became the highest-grossing movie of all time and introduced the general public to a new way of conceiving dinosaurs; no more slow and dull reptiles, but fast and active animals, more closely related to modern birds than to lizards.

For palaeontology, it became an unprecedented cultural revolution and opportunity. But it also represented the zenith of popularity for a new school of thought that had been gaining traction in American academic circles since the late 1970s. Not surprisingly, one of the protagonists of this revolution, palaeontologist Jack Horner, was the science advisor for the movie.

More recently, physicist Kip Thorne has been awarded the Nobel Prize for Physics in 2017 along with Rainer Weiss and Barry C. Barish for their work on gravitational waves. Just three years before, Thorne had been a scientific advisor and executive producer for the movie Interstellar, which involved the plot black holes and their relativistic effects.

Today the American National Academy of Science offers consultancy to the entertainment industry professionals through programs like The Science & Entertainment Exchange. Regardless of how one might see the scientific accuracy displayed in these films, real-life scientists have been actively involved in recent Marvel’s blockbusters, like Ant-Man.

Therefore, even if just to make sure that a superhero uses the word ‘quantum’ in the right contest, science fiction still relies heavily on scientists. The interesting thing is, though, that scientists themselves seem to profit from the entertainment industry just as much, whether it is for the promotion of a new scientific concept or the normalization of a medical procedure.

Newer Does the “visual” brain shut down in the blind?
Older Answer our questionnaire and we'll finally fix science communication