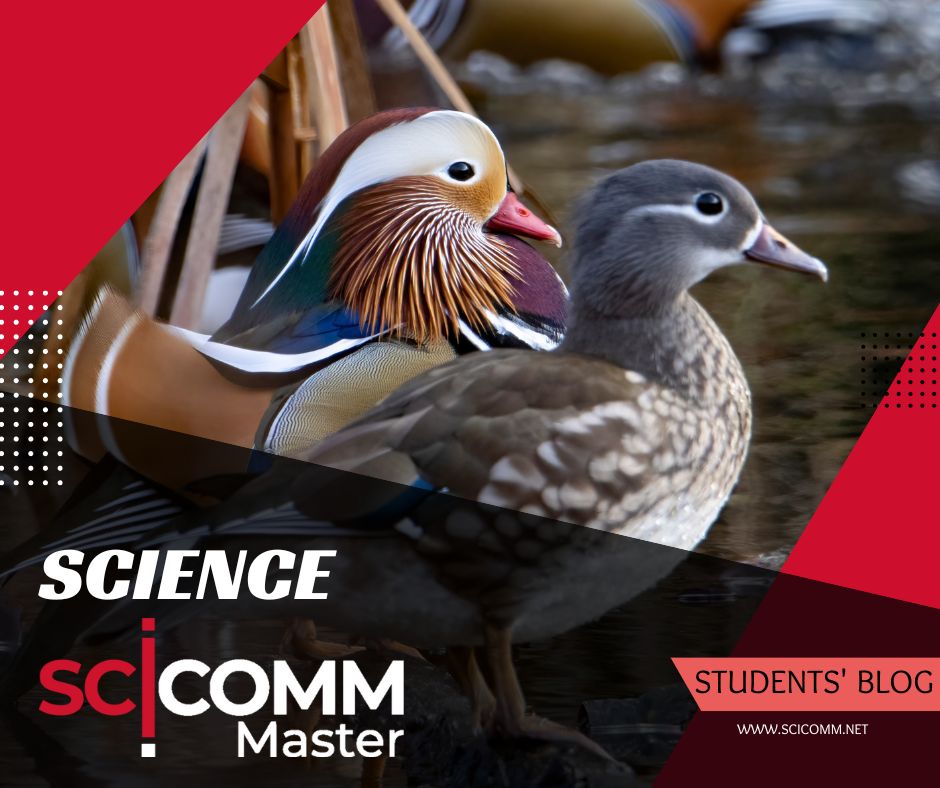 It was Valentine’s day, and I had my lesson at the end of the day, so I decided to show my students the truth about love and sex in nature. Zoology and evolution can help us to understand better how humans work. First, let’s go to debunk the idea of romantic love as the critical force of our life.

By an evolutionary perspective, reproductive attitude is the key for species success. It means that the main objective of life is sex! But we should keep in mind that differences in gametes define sex roles: females produce relatively few, highly nutritious (usually non-motile) gametes, whereas males produce comparatively abundant, smaller, motile gametes. So, we have a massive number of mobile spermatozoa competing among running to reach just one, big and hidden egg. It’s a highly competitive race, and females play the judge and scouter role as Darwin said in his Theory of sexual selection.

Females select males, courting rituals are hard and could be dangerous!

Differences in terms of spent energies and biological costs put females in a favourable position. They choose which one will be the lucky male, and then they select specific male’s characters or habits. Consequently, males must be attractive showing sexual displays and performing complexes courting rituals based on dance, exhibitions or fights. Courting ritual is the main key for a female to find and recognize a male of the same species and choose the best genetic pattern for her progeny.

The most spectacular mating dance ever is by superb-bird-of-paradise. This bird species have evolved one of the most elaborated diversification in ornamental mating displays and sexual dimorphism among animals. Males are black with a bright and intense blue stripe on the chest. When a male meets a female, he starts moving tail and wings simultaneously, hiding head and turning like a dervish showing the female the blue band. If the dance is well-executed, the female decides to accept mating, on the contrary, she goes, and the male starts the dance for the next female again. Dancing is a costly activity for males, however, have the possibility

In the case of fiddler crab (Fig. 1) males have just one giant claw, why? The biggest claw was more attractive for the females in the past, so, this enormous claw persists till today even though it is risky and uncomfortable (Theory of handicap).

On the other hand, the Irish elk had a different end. Elk females have preferred males with bigger and bigger horns. During the evolution, they became a limitation in feeding and running away in the deep forest, so the species went extinct. They do it stranger and dangerous!

Sex kills or moves the World?

A little marsupial, called Antechinus, is the “king of sex”. Male of Antechinus copulates for 12 hours per day, every day for almost one month and at the end of the mating period, he dies for testosterone stress. A short but intense life! Also, in the invertebrates group there some bizarre mating behaviours, such as nuptial gift as safety exit for sexual cannibalism.

For examples, males of spider Pisaura mirabilis (Fig.2), for mating and survive, must be generous, smart and fast! The smaller male gives a present (a pray rolled up with silk) to the female, and while she is eating, he has time for mating and runs away rapidly. Otherwise, he will be the next meal of the lady! But this is not the stranger one!

And what about love, sex and humans?

Finally, in some species of anthropomorphic apes, we can find something we can call love. Bonobos use sex to reduce conflicts, but they have sex fate to face and the express love, empathy and are conscious of the pleasure deriving from sex. They are as humans.

Love, in human species, is a cultural heritage lead by chemistry and evolutionary facts. We choose someone with eyes but using parameters strictly related to the reproduction and genetic patterns. We also use our nose; the future partner must smell good for us recalling positive remembers from our past experiences. If the first step is done, sexual attraction starts thanks to the hormones (mostly testosterone) and neurotransmitters (high level of dopamine) which are responsible for butterflies in the stomach, heartbeats, goosebumps and sexual excitement.

Love is a drug and is necessary to maintain a relationship in the time but is not enough. Just 3 data for you here below; 90% of birds’ species is declared strictly monogamic, however, analyzing the DNA of chickens in nests of swallow’s nests, some researchers found that more than 30% were illegitimate. Just 10% of mammals are monogamic, some ape’s species, mice and rats, some species of Canis and stop! It means that also, humans are not naturally targeted to become betrayers. We will discuss the value of choosing monogamy in evolutionary and social perspective next time, now is the day of romantic love for you.