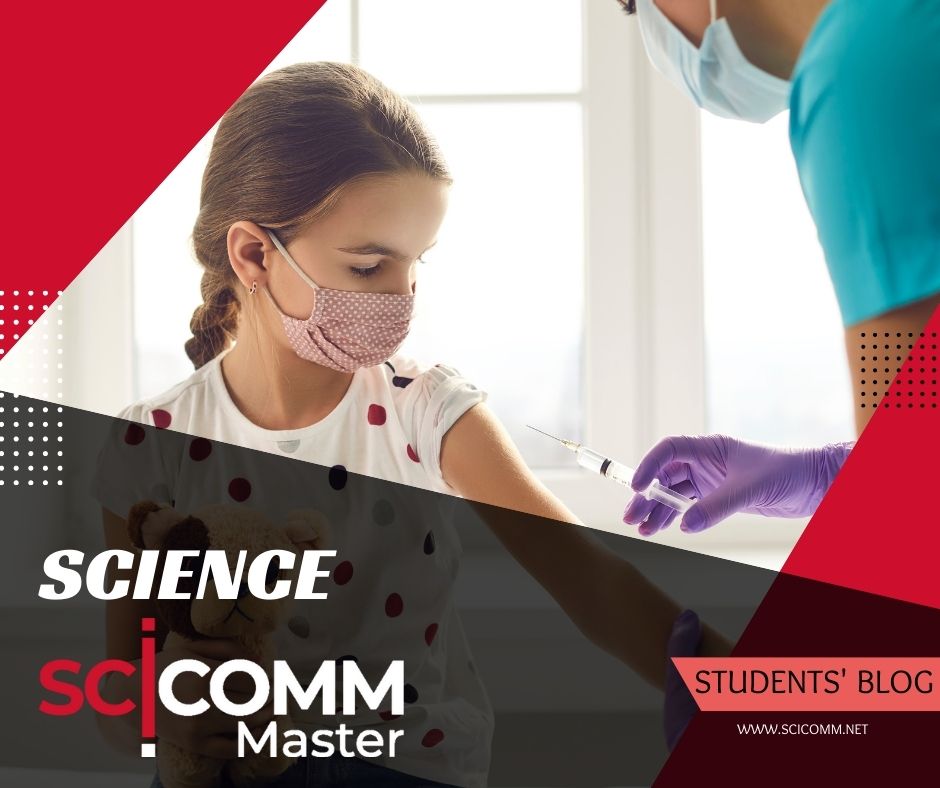 How a telephone call to the GP reduced Mary’s hesitancy and enhanced her intention to vaccinate her daughter.

Months passed, and after a harsh lockdown, people began to move out from their nest.

Mary and her daughter Emma shyly came out from the nest too.
Mary appreciated again the joy to spend good time with Emma: playing with dolls, running all over the house, as well as decorating cakes or walking in the park in the company of best friends met after a long period of loneliness.
It seemed that the concerns related to updating scientific literature or designing novel experimental work in the laboratory to compete with the rest of the world suddenly disappeared.
It seemed that everything was perfect into this novel dimension. “Am I becoming wise?”, Mary asked herself.

Of course, a few months later, it was time to go back to school.
As a fact at the end of September, the school opened again to welcome students under safe restrictive conditions; entrances occurred at specific times, students were constrained to follow stringent protocols to prevent them from Covid infection.
However, among the precautions adopted, a request put Mary into trouble: “students can attend lessons only after vaccination against seasonal flu virus”, reported the school announcement.

As expected, this news caused different reactions within the class group too: there was a group of mothers aware of the necessity of vaccination to preserve their children healthcare, in contrast to a small one thinking that vaccination was just a BigPharma matter and that their children did not have to be treated so that they would have been safe.
Mary suddenly remembered the case of Sophia, constrained on a wheelchair following vaccination during infancy.

“Obviously Emma has to study, she cannot lose the year, but how?”- she asked herself visibly worried. The fear grew up so fast that Mary began to consider the option to leave Emma at home or to change schools. After debating with her husband and parents, Mary decided to ask Doctor B’s opinion. Doctor B is the old pediatric doctor who has taken care of Mary since she was a baby and then of Emma of course.

“Doctor B, how are you? Mary’s speaking. Emma is going to go back to school…what should I do?” questioned Mary very anxiously. “You don’t need to do anything because the government and the school have to do it for you. I will tell you more about that.” Doctor B replied.

During their conversation, Doctor B explained to Mary that best practices had to be taken by the school, including keeping social distance, wearing the mask and most of all washing the hands.

Actually, Mary agreed about that, but the central point was still vaccination. “Why are you terrified, Mary? Don’t you know that several important infectious diseases, such as polio, smallpox, or meningitis to cite a few, very diffused within the young population until the 60s have been eradicated following world vaccination campaigns promoted by WHO? This occurred in the 70s-80s. You are too young to remember the sadness and sorrow for babies affected by polio…” — added Doctor B. — “Actually yes… he is right… I saw several pictures of babies into these metal cocoons…” she thought.

“Vaccination is the best example of medicine in the society, I mean it has social implications due to the fact that vaccines allow reducing pathogen proliferation within the community through eliciting an immune response against it.This process is also known as herd immunity. Through immunisation, you protect not only yourself but the community”.
“Hmmm Herd immunity…I heard about this ‘’ Mary started to repeat in her mind“. “But if vaccines are so safe, why do anti-vax protest against vaccination campaigns?” insisted Mary.

“Well, I should say that there are several implications including the fact that vaccination is a practice that foresees the injection of foreign material, not human, inside the body.
You have to think that the anti-vax association, founded at the beginning of the last century, counteracted the obligation of vaccination, considered as a threat to individual freedom.
Later on, the anti-vax movement has claimed the correlation between administration of tripartite vaccines and autism insurgency referring to the article published on Lancet by Dr Wakefield in 1998.
You know how did it go? To make a long story short, the data were false since there is no correlation between autism and vaccination; of course, the paper was also retracted by the editor”.

“But…so… what can you tell me about safety? I mean, I know that vaccines are made of part of these germs…” continued Mary.

Also in this case Doctor B promptly answered: “Are you referring to the discovery of vaccination in the late 18th century Mary? Do you think that we are still applying the Jenner methodology, using the material extracted from the cowpox pustule for people immunisation against human smallpox?…Come on! The goal is to inoculate the weakened germ to induce the immune response and not the disease.
The vaccines against measles, mumps and rubella are obtained in this way. In addition, the designing protocols have been upgraded through the implementation of genetic engineering techniques and DNA sequencing projects.
The recombinant DNA technology has revolutionized the field of medicine and vaccinology as well. For example, many of these vaccines, produced in the laboratories, correspond to a viral or bacterial protein known to have antigenic properties, meaning that are able to elicit the immune response once present in the host.
Thanks to genetic engineering, it is possible to isolate the gene, the portion of DNA encoding for the protein of interest and following specific protocols of cloning and expression it is possible to obtain the protein in high quantity reducing the risks and the costs as well. As an example, the vaccine against hepatitis B is obtained in this way.
More recently a great effort has been addressed also to the development of alternative approaches as in the case of “reverse vaccinology approach”. Starting from DNA sequence analyses in the data bank, it is possible to identify genes in the genome of the pathogen, and after cloning and expression, the recombinant proteins are assayed for immunogenic properties to identify new candidates for vaccine production”.

“Are they safe?” asked with interest Mary.

“As for the previous cases, they consist only of the part that stimulates the immune response, meaning that lack the capacity of damaging the host since they are not able anymore to replicate inside it”,said Doctor B.

After one hour discussion, during which Doctor B. with extreme care and scientific approach answered to all Mary’s questions, she felt still unsure.

“Mary if you want I can cite all scientific literature about vaccination, immune response and so on and so force but I am sure that it won’t help you as well” — replied Doctor B — “the point here is not only the science and the safety but what your heart intends to do. The choice has nothing to do with faith or trust. It’s a choice done by the heart to protect your baby’s healthcare and by your responsibility toward the community”.

At that point Mary had no further queries, Doctor .B was able to answer all of them, and Emma went back to school after vaccination.

Two years later, the Coronavirus breakout ended and life restarted again. Emma completed her elementary studies and now is on vacation with her grandparents. Mary has changed her duty in the lab reducing time for the experiments in favour of time to spend with Emma, and dedicating part of the time to sustain actively NGOs involved in parents engagement on the role of vaccination.